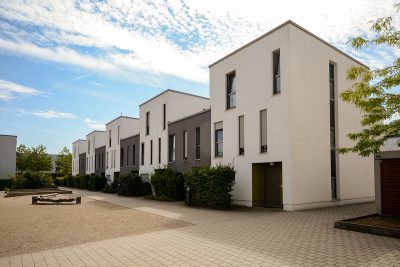 A survey1 has revealed that new builds entice buyers to move 56% further than those buying second-hand properties.

Whereas more attractive new builds draw households an average of five miles from their previous place of residence, the average distance is 3.2 miles for buyers of older properties.

The study also showed that how far people are willing to move also depends on age and location. For example, London boroughs such as Newham and Brent drawing buyers from up to 3.5 miles further away, while older buyers are more willing to move further – this is probably influenced by retirees moving away to start a new phase in their lives.

As a mortgage is secured against your home or property, it could be repossessed if you do not keep up mortgage repayments.